The Best of Both Worlds

Two years ago, I outlined a bowl/national championship plan that resulted in both a real title game and reinstated the importance of the traditional big January 1 bowls. The worst thing about the BCS is that it basically neutered all the great major bowls outside of the "championship game" bowl, and since 2006, neutered ALL of the major bowls. The BCS turned the grand old Cotton Bowl into an older Insight Bowl for all intents and purposes. The BCS turned the Orange Bowl into (a usually disappointing) ACC champion vs. least appealing at-large "BCS" team showcase.

As we all know, since 2006 we've had an extra game - not a "plus-one", just an extra game - creatively called the "BCS Championship Game", held on a rotating basis in one of the cities that also host another BCS bowl which is bizarre and renders the host BCS bowl totally irrelevant and almost an afterthought.

For those that don't want to refer to the entire plan I outlined many moons ago, here's the gist with some tweaks:

1- We play five major bowls on Jan. 1 (two games) and Jan. 2 (three games) - Cotton, Fiesta, Orange, Sugar, Rose
2- Each BCS conference has an auotbid for it's champ (Cotton- Big East, Fiesta- Big XII, Orange- ACC, Sugar- SEC, Rose- Pac 10 vs. Big 10)
3- That leaves 4 at large-spots, which are chosen based on the 4 highest ranked available teams in the final regular season BCS poll; the only rules are no rematches, and a champion of a non-BCS conference ranked #8 or higher must get selected.
4- The bowls (except Rose) select at-large placements based on the BCS ranking of the host team, like seeding in a playoff (i.e. a #1 Oklahoma would play the lowest ranked of the 4 at-large opponents in the Fiesta, a #2 Alabama would play the second lowest ranked at large team in the Sugar, etc, etc) as long as they don't violate the rematch rule.
5- After the Five Bowls, run the BCS poll again on the morning of Jan.3; #1 and #2 then play the next Friday night (7 to 13 days after the Jan. 2 bowls) in the BCS Championship Game - held in a different warmish-weather city (or northern dome city) each year that doesn't also host a BCS bowl (i.e. Tampa, Atlanta, Nashville, Houston, San Diego, Minneapolis, Indianapolis, St. Louis)

No, my plan is not a playoff, but it still gives you a 1-vs-2 game, there are no 37-day layoffs between end of regular season and national title game, and it makes the major bowls actually matter again.

Let's see how the plan would have played out this year. Here were your final BCS regular season standings:

And here is how the bowls would have looked:

So, we have four great matchups and a layup for TCU. The Orange matchup did happen in reality. But with my plan the game actually meant something, with Stanford playing for a shot at the title game if one or more of Auburn, Oregon, TCU lost. My proposed Fiesta is better than the real one by a mile. My proposed Sugar is better than the real one. My proposed Rose is what the Big 10 and Pac 10 want all-along and it's just as good a matchup as the real one. The only game that is worse than the real one is the Cotton, but in my plan the Cotton is a BCS bowl with the subsequent big payout. And TCU would've been playing for a shot at the title if Auburn and/or Oregon lost their bowl, whereas in their Rose Bowl win this year they knew they had no chance to win the national championship. So with my plan, 4 of the 5 BCS bowls would have had a say in the national title picture while the 5th was just a great matchup (Oklahoma-Arkansas) that was better than the actual one that occurred (Oklahoma-UConn).

Yes, there could still be controversy; if Auburn, Oregon, TCU all won their hypothetical bowl matchups, TCU would still have been left out. So at worst we still would have had the same BCS national title game that we had a week ago, only with my plan the BCS bowls either had better matchups and/or meant something in the national title race. With the ACCFR plan, we get our title game and we get our meaningful big bowls back.
Posted by Marcus at 1:29 PM 6 comments:

The Exorcism of Wide Right/Left

Just one week after young Dustin Hopkins' entry into the Seminoles' tortured field goal history, he calmly drops a nuke on all of that nonsense...

Well that was quite entertaining

Yesterday was quite possibly the most exciting weekend in the ACC in many moons. Throw out the Boston College-Wake Forest meh-fest and you had 5 games that all went down to the wire. We had:
In the whole scheme of things it means little; the division races are basically the same as they were last week and the league will have at most two teams ranked in the Top 25 after this weekend. Nonetheless, this was crackerjack entertainment for anyone looking for some fun football.
Posted by Marcus at 3:24 PM 4 comments:

And this also seems very familiar...

The Virginia Tech Hokies, after non-conference pratfalls in the first week(s) of the season, regroup in time to roll through their ACC brethren en route to another league crown.

LSU obliterated the Hokies in early 2007; three months later they were ACC champions. East Carolina turned the tables on Tech in the first game of the '08 season; 90 days later they were celebrating their second straight league crown. The boys from Blacksburg stumbled not only to likely BCS title game participant Boise State in Week 1 of the '10 campaign, but let that hangover beat them again 5 days later in the form of James Freaking Madison. And here we sit two months later as Beamer's crew is 5-0 in the ACC and basically a lock to win the Coastal crown.

What is it about Virginia Tech that makes them so prone to non-conference gaffes while methodically plowing through the ACC? It's not quite so simple. Simply losing at LSU in '07 was no disgrace; but getting butchered was. Still , that LSU team won the national championship that year. And the Hokies, en route to the ACC title, did lose a home conference game later that fall in one of Matt Ryan's miracles. In 2008, Tech stumbled out of the gate to ECU....and proceeded to stumble three more times in ACC play to Boston College, Florida State and Miami. ACC champion in 2008, certainly, but hardly in dominating fashion. And that's really it as far as Tech's pattern of losing early out of conference then winning the league. Will it happen again this year? Probably. Let's just hope they win the Orange Bowl this time.
Posted by Marcus at 9:37 AM 1 comment:

For the fourth consecutive time, and fifth overall since FSU began ACC play in 1992, the biennial (not biannual, apparently) Wolfpack-Seminole showdown in Raleigh will highlight ESPN's broadcast on a Thursday evening. And despite all the jitters among the Seminole faithful, the arrangement has been successful for the Noles, who have won three of the four previous Thursday-at-Carter-Finley meetings. Nonetheless, the best Thursday night throwdown between the two was the lone Pack victory, a 24-20 grinder in 2006 that had all sorts of subplots and effects, namely:
Soooo.....lots of curious recent history here. Do I have a preview or prediction for tonight? No, I most certainly do not. A prediction is pointless since both teams have had 12 days to prepare, both teams are coming off subpar efforts, both teams have (thus far) performed better than expected, both teams are playing for the clear division lead, and both teams sport the two best quarterbacks in the league - recent struggles be damned.

I see things haven't changed much 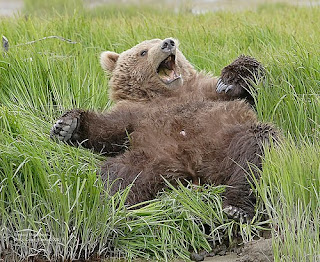 Well hello there. And to those three diehards who keep checking this space daily to see if my hibernation is over - loves ya Mom, Dad and random stranger!

So it's been a season and a half since I've regaled humankind about ACC football and lo and behold, we still suck according to everyone at ESPN, Yahoo/Rivals, CFN, SEC blogs, most blogs, most message board posts (spelling/grammar very optional), Girl Scout troop 442-Brandon, FL and Lady Gaga (allegedly). And it is time for me to offer a rousing defense.

They're right. But so what.

For the 318th consecutive season, all ACC teams were eliminated from serious national title contention by week 3.

This is not to defend the ACC's overall performance; the Jackets' afore-referenced facepalm in Lawrence is turning out to be one of the biggest non-conference gakks in recent memory (KU vs. three mediocre Big XII teams and North Dakota State = 34pt loss on average; KU vs. top-half ACC team and defending league champ = 3pt win). The Hokies' loss at home to James Madison (that's the 1-3 in the FCS Colonial league James Madison, mind you), despite all the "five days after the Boise loss blah blah blah" justification, was catastrophic for the conference as well since that Tech team is likely to win the dang league in the end. And the team the Hokies are likely to beat for that ACC crown, Florida State, endured a 47-17 dear-God-make-it-stop beating at Oklahoma; the same Oklahoma site where Utah State and Air Force took the Sooners to the wire in the weeks prior and after the FSU visit.

So yes, things have not changed all that much. The ACC keeps sabotaging itself through scheduling, through comically yet easily predictable poor play and tone-deaf self-promotion. At least I can pick up right where I left off.

Still, it is good to be back. For how long, I can't say. But the juices are flowing again.
Posted by Marcus at 7:40 PM 2 comments: